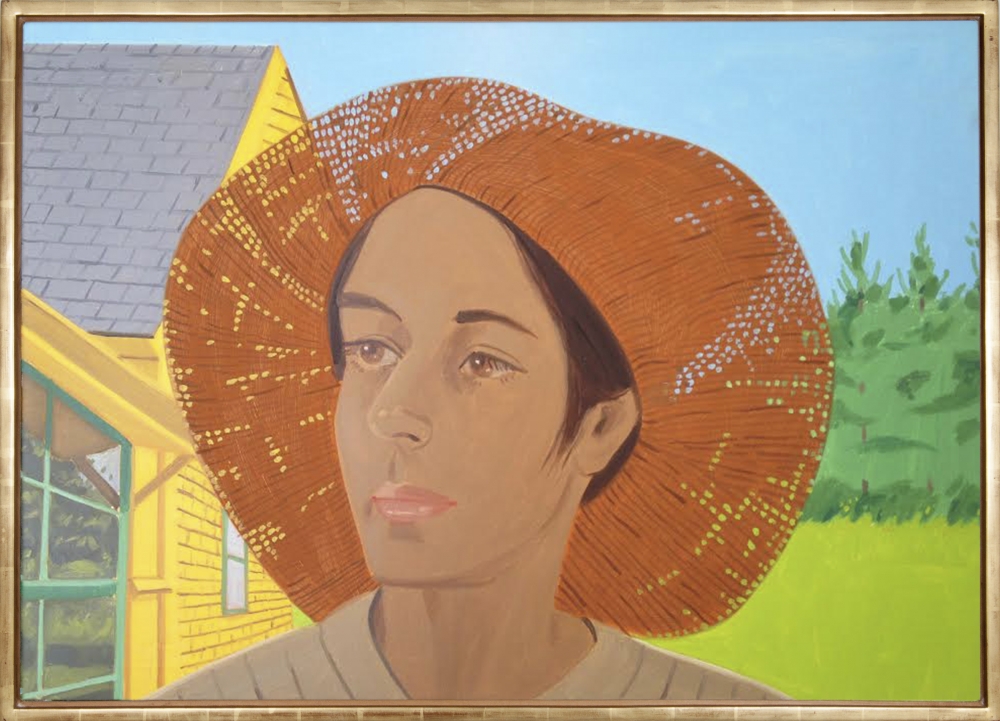 One might call Alex Katz a modern Mannerist. Eschewing the “holy trinity” of “content, form, and subject” extolled by his American contemporaries in the 1950s and ’60s, the New York-born artist shunned the expressionistic abstractions, exaggerated Pop compositions, and spare, Minimalist assemblages pursued by the likes of Jackson Pollock, Roy Lichtenstein, and Donald Judd, and instead pioneered a distinct formal style that favored understated drama over naturalism while reviving the art of figuration, from portraiture to landscape painting. Marked by smooth, flat surfaces, hazy-eyed subjects with seemingly airbrushed skin, and sun-dappled domestic backgrounds, Katz’s distinctive paintings embodied an unsettling yet saccharine sort of Americana.

Although his signature did not come easily—he has admitted to destroying hundreds of early canvases until he created something that felt right—Katz has remained true to his original commitment. Over the course of the ensuing decades, he has relentlessly developed new bodies of work that star humans drawn from life, often choosing to portray his friends and family members situated in idealistic settings, from bright Soho lofts to a 19th-century clapboard farmhouse in Lincolnville, Maine. Despite their alluring colors and picture-perfect domestic environments, Katz’s images are marked by a cool, emotional detachment, incessantly suggesting that something is awry.

“The Katz Meow: Early Works,” now assembled at Aspen’s Casterline | Goodman Gallery, is a selection of the reductive compositions the artist made between 1966 and 1993, bringing the development of his unmistakable touch to life. Among the standouts on view is The Wedding Dress, a modest 1992 study for a celebrated print of the same name, and Impala (Study) (1968), a seminal work whose extensive exhibition history includes such venues as the Whitney Museum of Art and the Jewish Museum. But the show’s highlight might be Orange Hat #1 (Ada) (1973), a vibrant day-glo oil painting starring Katz’s wife and muse, who has appeared in over 250 of his paintings. Represented in close-up against a wholesome shingled dwelling and a well-tended lawn, her tawny face framed by an orange halo that stands against the cerulean of the sky, Ada directs a languid, distracted gaze out of frame. In Katz’s paintings, as the artist himself has frequently articulated, narrative is not the point. Instead, he seeks to offer us gestural snapshots of an appealingly tidy life in which the truth seems to lie beyond what meets the eye.