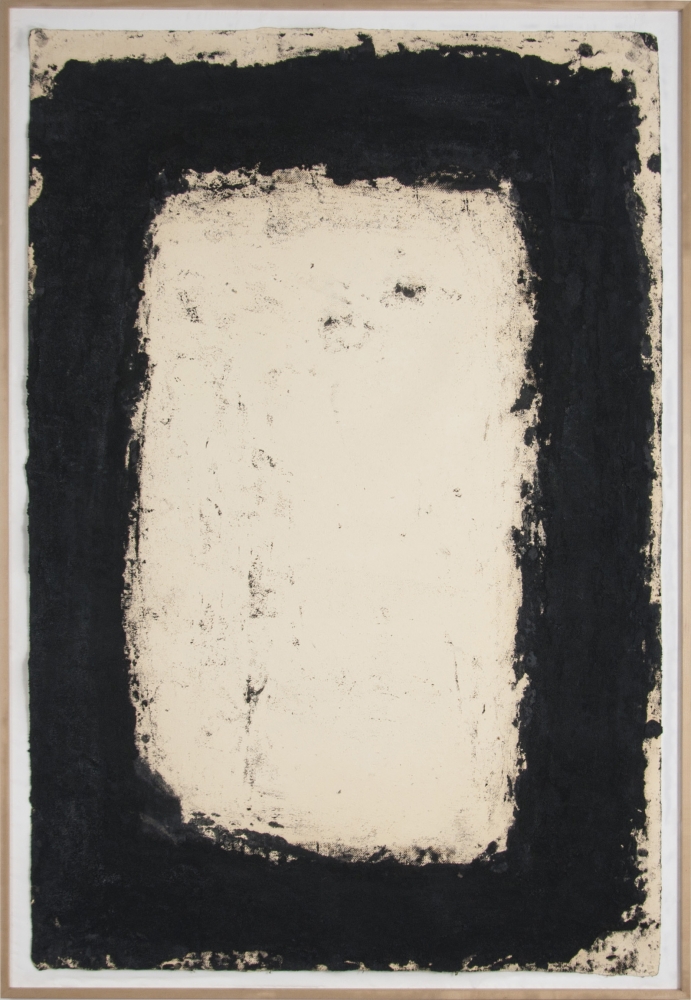 A few weeks ago, I attended the World Economic Forum in Davos, Switzerland.

This year, there were discussions about the ECB's quantitative easing program, which was announced during the conference, and the Swiss National Bank's recent decision to  remove its peg on the Swiss Franc — which sent the price of food and drinks at the hotels in Davos soaring.

I participated in twelve panel discussions and dinner engagements this year where I gave presentations. Eleven of those presentations were dedicated to the usual wonky macroeconomic policy discussions — but the twelfth was about a topic very close to my heart: The art world.

During that panel, I sketched out three main ideas:

In fact, the second two points received a fair amount of attention in the financial press, including this excellent article by John Gapper and Peter Aspden in the Financial Times, which covers the potential for manipulation and price distortions in the art market.

What I would like to do in this newsletter is take you through the first point — why art is a unique asset class and deserves to be thought of as such.

First of all, it's important for me to say that for me art is more than just an asset class. It's impossible to reduce beauty to a simple transaction. For many years I have been a collector of work that I value for aesthetic rather than financial reasons.

With all of that said, however, there is a huge element of the art world that is related to business.

So how, specifically, do we know that art is an asset class?

1) First, the art market is extremely large. There is no way of knowing exactly how large, because there is no granular or transparent reporting of the transactions that take place there. There have been suggestions that the yearly turnover of all art sold could be as high as $70 billion, between new and existing art.

Sotheby's recently sold $423.1 million at its fall opening — its highest total ever. If you consider Sotheby's opening, and think of all the selling occurring in auction houses, galleries, estate sales, festivals, and even street markets, it is not hard to imagine the market cap of the asset class approaching an estimated $1 trillion.

(Even as I write, old records are being broken: Over the weekend, it was announced that a painting by the French Post-Impressionist artist Paul Gauguin shattered the price record for a single painting — with a sale price over $300 million.)

2) Art is used as a portfolio investment. People invest in art because they believe that there is going to be a meaningful return on their investment.  Some of the investment return is driven by the preferential tax treatment that art often receives. The tax treatment varies by country but, generally speaking, art investors receive favorable capital gains taxation and benefits at the time the artwork is transferred across generations. This is especially true in the United States. The fact that the US has become the leading art market has much to do with the way we treat art with regard to capital gains and inheritance taxes.

There is, in fact, a great deal of complexity involved in the tax treatment of artwork in the US. The IRS, for example, has created an array of rules for different kinds of art owners: collectors, dealers, and investors. However, if there was any proof of art being an asset class, and a big business, perhaps the IRS stratification provides all the proof one needs.

3) The returns on art are significant. Jianping Mei and Michael Moses, the two academics behind the Mei Moses indices that track art valuations, claim that long term returns on art can be similar to the return on stock. Of course, it is tricky to calculate such comparisons with great precision. In the case of art, you have carrying costs that must be included in the calculation. (For example, insurance, conservation,  transportation, and storage costs— all of which are not a factor when you invest in equities.) There are also claims that art indices suffer from selection bias, because they only capture the artists who survive and make it into the auctions. On the other hand, you have the same survivor bias in equity indices. The companies that do well make it into the Dow Jones Industrial Average and the S&P 500. Those that don't get weeded out. So a similar type of selection bias exists with equities.

4) Art is an asset class because there are many market participants. Art galleries, auction houses, and various dealers and intermediaries take part in buying and selling art.  Some of those market participants are even listed as publicly traded companies. (Sotheby's auction house, in fact, is the oldest company currently traded on the New York Stock Exchange.)

5) Art fairs have become big business. Art Basel is perhaps the best example of the growing popularity of the art world. Each year, artists, celebrities, and members of the media flock to the festival to partake in the spectacle. With tie-ins to other markets, such as the fashion industry, the popularity and commercialization of the event has only grown.

6) Private banks and financial institutions are offering their clients a variety of art related services. Those banks now have dedicated teams that are providing services to high net worth individuals and families. The services they provide include: art insurance; art storage and shipping; art conservation; and, perhaps most important, art lending.

7) Funds that invest in art are now proliferating. A recent estimate placed the number of funds actively investing in art at more than 70. Their success, to date, has been mixed, due in part to liquidity constraints in the market. One of the major challenges of investing in art is illiquidity. The absence of a truly liquid market has likely contributed to the challenges the funds face. To combat the these liquidity constraints, there has even been talk of creating a market for derivatives that track the underlying value of the assets held in these funds.

8) Traditional art auction houses are partnering with online platforms to take advantage of new opportunities in the art marketplace. The most notable example of this phenomenon is the partnership between eBay and Sotheby’s, which was formed last year to expand the global reach and sales of art using digital platforms.

9) While the art market is still challenged by a meaningful amount of opacity, there has been, over time, an increasing amount of price transparency. There are, for example, public auctions that provide price discovery as well as the indices I discussed earlier. However, the market is not yet fully transparent. Regulation is still missing from the equation. In my view, however, market regulation is coming to the art world. New regulation will increase market transparency and perhaps increase turnover. Of course, art market insiders may prefer not to have this transparency. But if you view regulation from a broader perspective, rather than from the perspective of dealers and galleries, the impact on the art market will be, in my view, a net positive. It is more beneficial to create more trust in the asset class. Perhaps this may be in the long term interest of even the art industry insiders.

10) There is a lack of a fundamental pricing model for art. Aside from the psychic pleasure art produces, there is no clear income stream that flows from art. Other assets have both an income stream as well as a potential capital gain. Stocks provide dividends, bonds provide coupon payments, and real estate can generate rent. Art, in some ways, is closer to gold. But at the same time art is less liquid and less homogenous than gold.  Copper is copper. Gold is gold. A share of Apple or GM is always the same. Meanwhile, not only is one piece of art not the same as another, but there are even different measuring standards for the same artist depending on the medium - drawings versus paintings, for example - and at what point in the artist's career the work was created.

12) Finally, is the art market now in a bubble? Is the bubble about to burst? These questions are now being raised about the art market. As I mentioned earlier, the fact that art trades in a way that cannot be reduced to a fundamental valuation makes answering these questions more complicated. Despite this uncertainty, there are those who say, "This time is different."  Those who believe that often cite the rising forces of globalization, which are now enriching a whole new class of wealthy individuals, whom they believe are going to demand art both for its aesthetic value and for investment purposes. However, it's worth mentioning that we've had booms and busts in the art world in the past. There was a major bust in the early 1990s. In the late 1980s there were a group of star artists whose stars ultimately dimmed, and the value of their art fell sharply. In the end, there are always fads. Everyone wants to own the work of the latest 'It' artist. In art, like in everything else, everyone wants the new shiny thing.