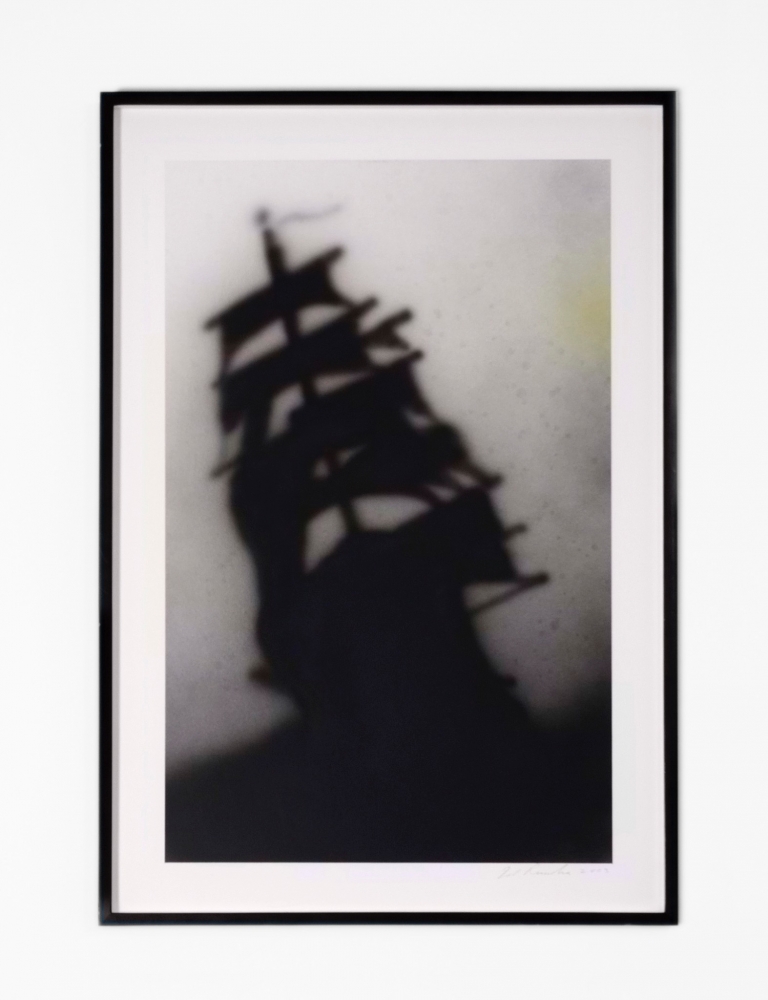 Based on new sketches, the new mural will depict an older Ruscha on the northwest side of the American Hotel downtown, he said at a nearby press conference at the intersection of Traction Avenue and East 3rd Street in the Arts District.

"I've been wanting to replace it since the day it was destroyed," Twitchell said in an interview. "And Ed -- I decided to repaint him the way he looks today. He was an icon then, and he really is now! Plus, he looks great."

Twitchell toiled for more than a decade on “Ed Ruscha Monument,” which originally went up on the side of a South Hill Street building downtown. The piece became one of his signature works.

One morning a work crew accidentally whitewashed the work while renovating the future YWCA Job Corps Center. Twitchell sued and in 2008 won a $1.1-million settlement from the federal government and the YWCA of Greater Los Angeles, among other defendants.

"The Ed Ruscha piece is a seminal mural by a seminal artist," said City Councilman Jose Huizar. "To have the opportunity for Kent Twitchell to re-create it is a real gift to the Arts District, DTLA and the city of Los Angeles."

Twitchell is an important part of the "mural capital of the world," Huizar said. "With this effort, he has the opportunity to recapture work that helped solidify his place among Los Angeles' greatest muralists."

American Hotel owner Mark Verge paid for the building preparation, which has begun. Twitchell will raise additional funds for the painting of the mural, which is set to begin in the fall.