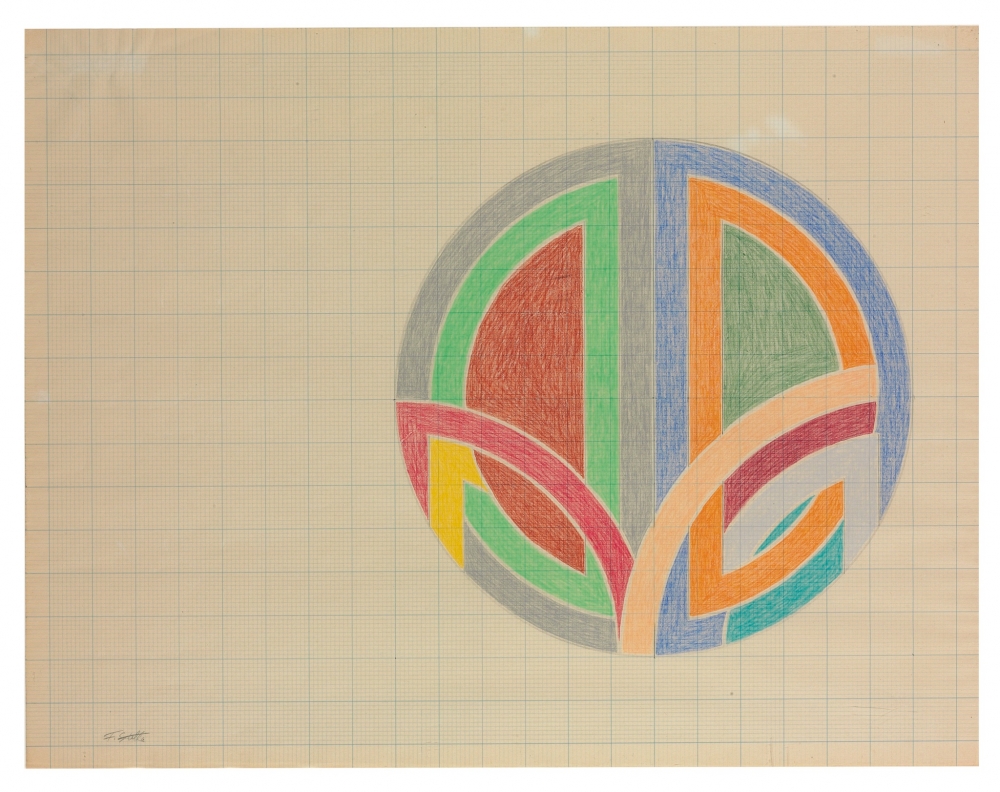 Aspen/Snowmass, Colo. (March 17, 2015) – Anderson Ranch Arts Center, a premier destination in America for art making and critical dialogue, celebrates creativity and service to the arts by recognizing the accomplishments and contributions of key figures in the art world. This summer, Anderson Ranch will honor Frank Stella with the National Artist Award and Jennifer and David Stockman with the Service to the Arts Award at its 19th Annual Recognition Dinner. The gala evening will take place July 16, 2015, at 6:00pm at the historic Hotel Jerome in Aspen.

“We are thrilled to honor Frank Stella, an enduring artist and icon who is actively influencing the art world today,” said Nancy Wilhelms, Executive Director of Anderson Ranch Arts Center. “His career and contributions span over an incredible 50 years, and his work is as alive now as it has ever been. Our enthusiasm for Frank is only matched by our admiration for world-class collectors, Jennifer and David Stockman, whose sphere of influence in the art world and stalwart support for the advancement of art is truly remarkable.”

Hosted at the height of Aspen’s summer season, the Recognition Dinner brings together art world luminaries and supporters to enjoy a festive evening of celebration and fundraising, including cocktails, dinner, dancing and a live auction. Specially selected contemporary artworks will be featured in the live auction, including a Liza Lou sculpture contributed by White Cube Gallery and more.

Tables and tickets are currently available at www.andersonranch.org or by calling Anderson Ranch at 970/923.3181 x227. Proceeds from the evening benefit Anderson Ranch educational programs.

About the Awards
The National Artist Award is given to nationally and internationally recognized artists who have supported artists, created innovations in art making, and whose careers have set an example and a direction for other artists. [page1image19776]

The Service to the Arts Award is given to locally and nationally recognized arts advocates whose efforts have supported artists and arts institutions and who have made contributions to the cultural and social life of our country, representing the highest level of leadership, integrity and vision. Prior recipients include Debra and Dennis Scholl, Jane and Marc Nathanson, Soledad and Robert Hurst and Melva Bucksbaum and Raymond Learsy, among others.

Frank Stella was born in Malden, Mass. in 1936. He studied Painting at Princeton University, graduating with a degree in History. Upon exhibiting his Black Paintings in the seminal Sixteen Americans at The Museum of Modern Art, New York in 1959, Stella’s first solo exhibition took place at Leo Castelli Gallery, New York in 1960. Since then, the artist’s serial practice – comprising the Aluminum Paintings, Concentric Squares, Irregular Polygons, Polish Villages, Cones and Pillars and Moby Dick, among many others – has been presented globally at institutions and galleries alike. The youngest artist ever to have a retrospective at The Museum of Modern Art, New York (1970), Stella was the subject of a second survey there in 1987. More recently, major surveys of his work have taken place at The Metropolitan Museum of Art, New York (2007) and Kunstmuseum Wolfsburg, Germany (2012). He was awarded the National Medal of Arts by President Barack Obama in 2010. In the fall of 2015, a retrospective of Stella’s work will inaugurate the new downtown location of the Whitney Museum of American Art, New York and travel to the Modern Art Museum of Fort Worth and the de Young Museum, San Francisco in 2016. Frank Stella lives and works in New York.

Jennifer Blei Stockman has spent the past 25 years in the non-profit world. Prior to that, she was a business executive and entrepreneur. Since 2005, she has been President of the Guggenheim museums in New York, Bilbao, Venice and soon-to-be Abu Dhabi. She was a founding member of the Museum's Photography Committee and has chaired the annual gala for a decade. Stockman has been a passionate collector of contemporary art since 1990 and has served on committees at MoMA, the Metropolitan Museum of Art, the Aspen Art Museum and created the Bruce Museum Council in Greenwich, Conn. For 10 years, Stockman chaired the Republican Majority for Choice (RMC), which defends women's rights, and is now its Chair Emeritus. She is a former board member of the WISH List (Women in the Senate and House), SUNY Purchase Performing Arts Center, Greenwich Country Day School, Conyers Farm Association and the YWCA, where she founded the Leadership Council and received the Heart of Greenwich award. Stockman began her business career at IBM as a systems engineer and in marketing while getting her MBA in Finance at George Washington University. After rising through management ranks at IBM, she left to become vice president of Sears World Trade. She spun her division off to form Stockman & Associates Inc. (SAI), where she served as CEO until it was sold to US West. SAI was an international business advisory firm specializing in technology with offices in five countries. Stockman has two daughters, of whom she is exceedingly proud.

David Stockman has spent over 40 years in the political and business worlds. He began his career in Washington and quickly rose through the ranks of the Republican Party to become the Director of the Office of Management and Budget under President Reagan. Stockman’s career in politics began in 1970, when he served as a special assistant to U.S. Representative John Anderson of Illinois. From 1972 to 1975, he was executive director of the U.S. House of Representatives Republican Conference. Stockman was elected for three terms as a Michigan Congressman in 1976 and was then asked to join President Reagan's cabinet as Director of OMB, serving until August 1985. He was the youngest cabinet member in the 20th century. After resigning from his position as Director of the OMB, Stockman wrote a best-selling book, The Triumph of Politics: Why the Reagan Revolution Failed. After leaving the White House, Stockman had a long career on Wall Street. He first joined Solomon Bros and later became one of the original partners at private equity firm, The Blackstone Group. In 1999, Stockman founded his own private equity fund based in Greenwich, Conn. Stockman’s latest book, The Great Deformation: The Corruption of Capitalism in America, is a New York Times bestseller. His current non-partisan blog, www.davidstockmanscontracorner.com has attracted over 50,000 followers and reveals contrarian truths about the economy and foreign policy. Stockman was born in Ft. Hood, Texas. He received his B.A. from Michigan State University and pursued graduate studies at Harvard Divinity School. He

and his wife, Jennifer, have two incredible daughters, Victoria Stockman and Rachel Stockman Koven, about whom he loves to opine.

Founded in 1966, Anderson Ranch Arts Center is a premier destination in America for art making, bringing together aspiring and internationally renowned artists to discuss and further their work in a stimulating environment. Nestled in the Rocky Mountains of Aspen/Snowmass, Colo., the Ranch hosts extensive workshops for everyday, emerging and established artists in seven disciplines, as well as high profile events throughout the year: the Recognition Dinner and Annual Art Auction, Featured Artists Series, Artists-in-Residence Program, Symposium Series, ongoing exhibitions, lectures and more. In 2016 Anderson Ranch will celebrate its 50th anniversary, furthering its mission to provide transformative experiences that celebrate artists, art making, creative dialogue and community. Learn more at www.andersonranch.org or 970/923.3181