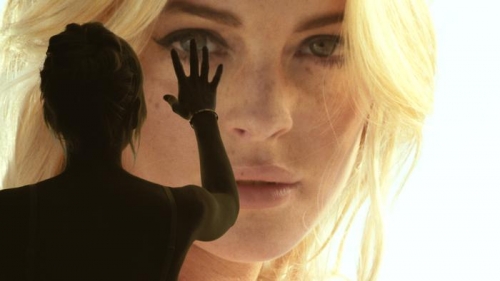 Hyperrealist painter Richard Phillips takes the icons of tabloid gossip (e.g., Lindsay Lohan, Kristen Stewart, Taylor Swift, Miley Cyrus) and turns their faces into the iconography of a pop culture religion, where celebrities are both godlike and vacuous. In his series of oil paintings of Lohan, Lohan isn’t just Lohan, but a Lohan who seems at once the real Lohan and a Lohan we might see in a dream; she’s a glossier, even more monumental version of the glamorous Lohan the actor already projects. In Lindsay IV, as in Phillips’s film Lindsay Lohan, she’s a contemporary Venus Rising, only simultaneously more vulnerable, desirable, and mysterious.

Phillips is also, it turns out, something of a surfer, making him a perfect fit for LongHouse Reserve’s benefit auction of artist-designed surfboards (don't miss Phillips's, here). Below, excerpts of our text conversation with the painter about his celebrity focus, his best surf memory, and the most recent addition to his private collection.