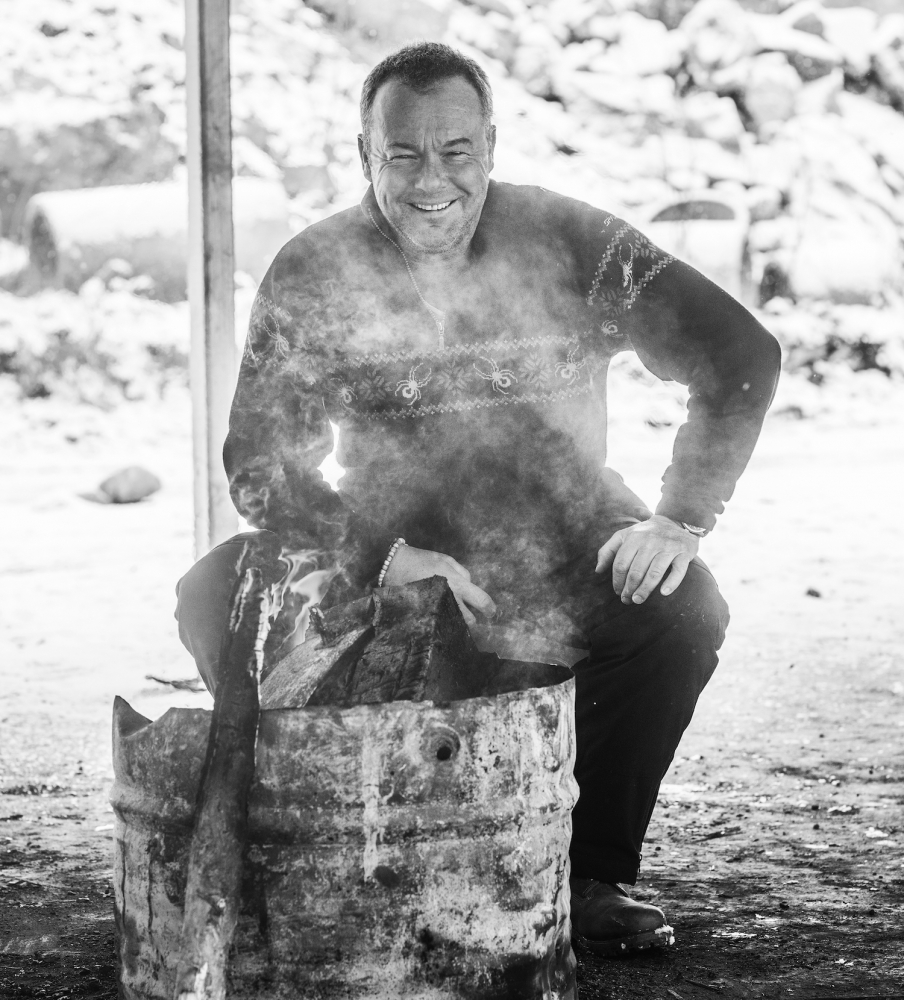 The acclaimed photographer talks about his most memorable photographic adventures and efforts to support healthcare workers during the pandemic.

Extraordinary wildlife shots, high-profile collaborations and the ability to earn millions for conservation and healthcare funds: these are just some of the hallmarks drawing global attention to British fine art photographer David Yarrow.

It’s during the lockdown period that the acclaimed photographer unveiled his latest photographic series—a collection of images capturing the lives of cowboys in West Texas—and in April, Yarrow released the exclusive image titled ‘Our Pride’. A part of the virtual ‘Art for Heroes’ exhibition, which was set up by London’s Maddox Gallery to raise money for the charitable organisation HEROES, this image is on track to raise £1 million for the UK’s National Health Service.

“I feel enormous pride, as well as a sense of huge debt to the NHS,” Yarrow comments. “They are the heroes not just of my generation, but every generation that is living through this pandemic. The debt of gratitude we collectively owe our frontline workers has never seemed so high.”

In a lockdown interview for Forbes, the world-renowned photographer discusses how he’s spending this rare time at home, while recalling highlights from his working life in travel and looking ahead to what projects are coming up next.

As you’ve been using this time to take stock, reflect and plan, what projects do you now have in the pipeline?

We have a lot of projects that are on hold but that we can still work on and finesse before people are able to travel again. We’ve got some exciting collaborations coming up. We’re taking the president of Rwanda up the volcanoes of Rwanda to meet the gorillas face to face—I’ll be photographing that meeting between Kagame and the mountain gorillas—and we’re hoping to do a shoot with Matthew McConaughey at some stage in Texas. I want to get back to see the polar bears around the Arctic Circle, and perhaps most exciting of all, I think we’re going to Antarctica towards the end of the year.

Antarctica features throughout your portfolio. What do you want to get from being in Antarctica this time around?

There are always lots of reasons to go back. As a photographer, you should go back to the same places all the time because the more you go, the more you learn and the more contacts you have on the ground. You also learn from what you got wrong the previous time. My team and I tend to go back to the places we’ve been before but there also aren’t that many places we haven’t yet been that our analysis suggests we should spend time photographing.

How do you approach choosing where you go next?

It is very rigorous and calculating. We look at authenticity. There’s no point us shooting the Eiffel Tower, for instance, because it’s been done so much before. But we are always looking at things we can do better than what other people have done or than what we’ve done in the past. We try to have a creative concept that somehow or other transcends what’s been done before.

You’ve worked with a number of celebrities, including Cara Delevingne and Cindy Crawford. How do these collaborations come about?

As an ambassador of conservation initiatives such as WildArk and supporter of campaigns including Earth Alliance’s Australia Wildfire Fund, conservation and philanthropy seem to play a dominant role in your work. Is this one of your driving forces?

The Australian bushfires were an enormous event and I went there specifically for that because I felt there were visuals that were important to show. And I must have visited the ‘lion whisperer’ Kevin Richardson about 20 times over the last four years as an ambassador of his foundation. Kevin Richardson is one of the leading conservationists for lions owing to his knowledge of lion behaviour and the extraordinary way he has with the animals. I like to think there’s always purpose to what I do and I try to give back as much as I can.

Looking back at your travel highlights, which destinations have stood out in your memory most?

Montana comes to mind first for its big sky, countryside and people. The mountain men of Montana are such characters. It’s as if time has stood still for them. They’ve been living the same way for the last couple of hundred years, gun in hand, living on the mountainside. It’s a very special place. And Kenya is probably my preferred place in Africa. Africa is almost like four continents wrapped into one from the Arabic north to sub-Saharan Africa. For wildlife, I’d have to make a choice between Zambia, Zimbabwe, Uganda, Kenya and Tanzania, and out of those Kenya is the country I know best.

Where have you been most surprised by?

North Korea wasn’t exactly how I had perceived it before going. The people were very friendly, hospitable and welcoming. I found that you earn the freedom you have there by earning their trust, but you can’t do that in a day - I was there for a couple of weeks.

What are the greatest lengths you’ve gone to for a photograph?

In South Sudan, we crossed the Nile with crocodiles in it, by foot, with the water up to our waists. That was quite challenging. Then in Greenland we did some quite punchy stuff by going out with hunters in minus 40 degrees in the middle of winter.

Is there anywhere you haven’t been yet that you plan to go for your photography?

I’d like to get to the southern side of Antarctica. That’s where they filmed the March of the Penguins documentary. It’s very difficult to get there and a considerable expense. I haven’t spent too much time in Denali National Park in Alaska either. I think that’s a spectacular place to go in the autumn with big moose to photograph on the north side of the Alaska Range.