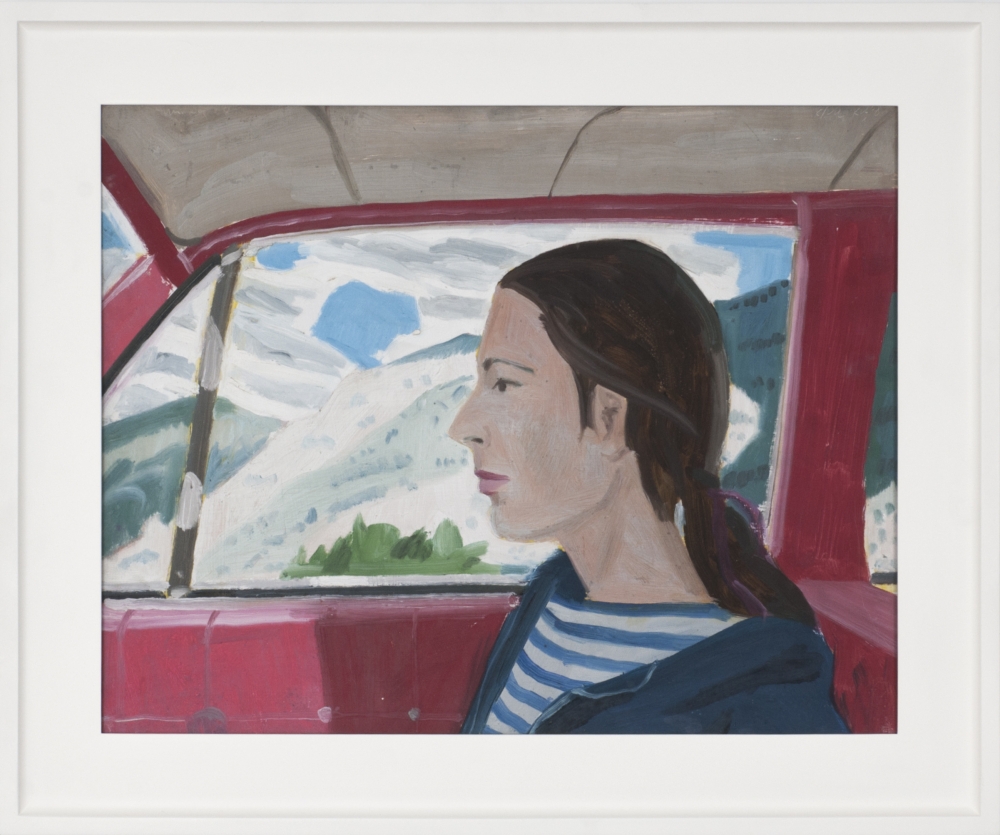 Ten years ago, the notion of a blue-chip New York contemporary-art gallery opening an outpost in Aspen, Colo., would have encountered blank stares. But after the rebuilding of the Aspen Art Museum and the opening of some new art galleries and “pop-ups” in the past few years, the arrival of the Marianne Boesky Gallery in the posh mountain enclave is hardly surprising.

Ms. Boesky’s future gallery space and artist-in-residence program will join a contemporary art scene that has included Baldwin Gallery, opened 21 years ago, and Aspen stalwart Casterline Goodman Gallery. The latter offers secondary works by artists such as sculptor Louise Bourgeois, Pop master Ed Ruscha and Alex Katz, whose large paintings were a Pop antecedent. Joining these galleries are seasonal events like the “Zero in Aspen” show at the new Gallery 1949 this past winter and permanent spaces such as Ms. Boesky’s, which is expected to open later this year.

“Our plan is to be able to invite artists to spend time in Aspen to experience both the outdoor life” and Aspen’s busy cultural world, which includes the intellectually prestigious Aspen Ideas Festival, the art museum, the long-running music festival and the nearby Anderson Ranch Arts Center, says Ms. Boesky.

Several galleries have opened in the past year, including Gallery 1949, a modern and contemporary space; Brumby-Ute, a contemporary gallery that hosts international exhibits; and Tania Dibbs Gallery, a pop-up space showcasing the artist’s work. Last summer, the Powers Art Center opened in nearby Carbondale, featuring Jasper Johns’s works on paper.

Aspen’s year-round cultural calendar has drawn major collectors, dealers and art advisers. Some art-world veterans compare it to St. Moritz, the Swiss ski resort that has outposts of such high-profile European galleries as Galerie Andrea Caratsch and Galerie Karsten Greve.

In fact, St. Moritz galleries were an inspiration even in 1994, when Richard Edwards and the late Harley Baldwin, his companion and business partner, opened the Baldwin Gallery. Mr. Edwards, the current owner, remembers how Mr. Baldwin said, “We should be able to do this in Aspen.” At the time, Mr. Edwards said, “there were four or five places you could buy Western wear and embroidered shirts like Elvis had just left the building.” Back then, he remembers, there was little contemporary art and only a handful of big contemporary-art collectors lived there, including plastics mogul Stefan Edlis, real-estate scion Nancy Magoonand her husband, Bob, a doctor.

“There are tons of collectors here now,” Mr. Edwards says. In the past few years, he says, people have started to see more valuable art in each other’s vacation homes. “It became a lot more competitive when people were exposed to the fact that there was great art in the houses here,” he says.

While most major art in Aspen still hangs on the walls of its residents, they will soon have more places to find new art nearby. In turn, existing galleries are selling high-end artwork to a broader client base. Casterline Goodman, for example, reopened two years ago in a new, bigger space downtown on the ground floor, where it prices artworks up to $5 million. “Because of the wealth we have in Aspen, investment art sells because you have that level of client who has the house, the car and now wants to return back to culture,” says director Emy Dameron.

She has started to see more Brazilian, Australian and Japanese clients, along with regular customers from Europe, Los Angeles and New York.

“When I first opened 20 years ago, people immediately thought they were paying too much in a tourist town,” says Casterline Goodman co-owner Robert Casterline. “But in the last seven to 10 years…slowly the investors, collectors and consumers aren’t looking at buying investment art in a tourist town as a negative.”

Collectors such as Melva Bucksbaum and philanthropist and cosmetics tycoon Leonard Lauder are involved with the Aspen Art Museum as well as major institutions elsewhere, including the Whitney Museum of American Art in New York. “People say, ‘I can never get my husband or wife to go to the gallery in New York, but we have time here [in Aspen],’” says Baldwin’s Mr. Edwards, sitting on a couch across from a large black painting with flowers that the artist Ross Bleckner just sent him. The painting, “Black Monet,” will feature in an exhibition to open in June, where it will be on sale for $125,000.

“It makes more sense to do a show in places other than New York, where there are thousands of galleries,” says Caroline Schmidt-Barnett, a private dealer who helped put on this winter’s “Zero in Aspen” show at Gallery 1949. The exhibition included a $1.6 million painting by Lucio Fontana, known for his slashed-canvas works, and an Enrico Castellani piece for $700,000-$800,000. Although neither sold, nearly everything else did, and Ms. Schmidt-Barnett and her business partner, Andrea Crane, are considering another summer Aspen pop-up show.