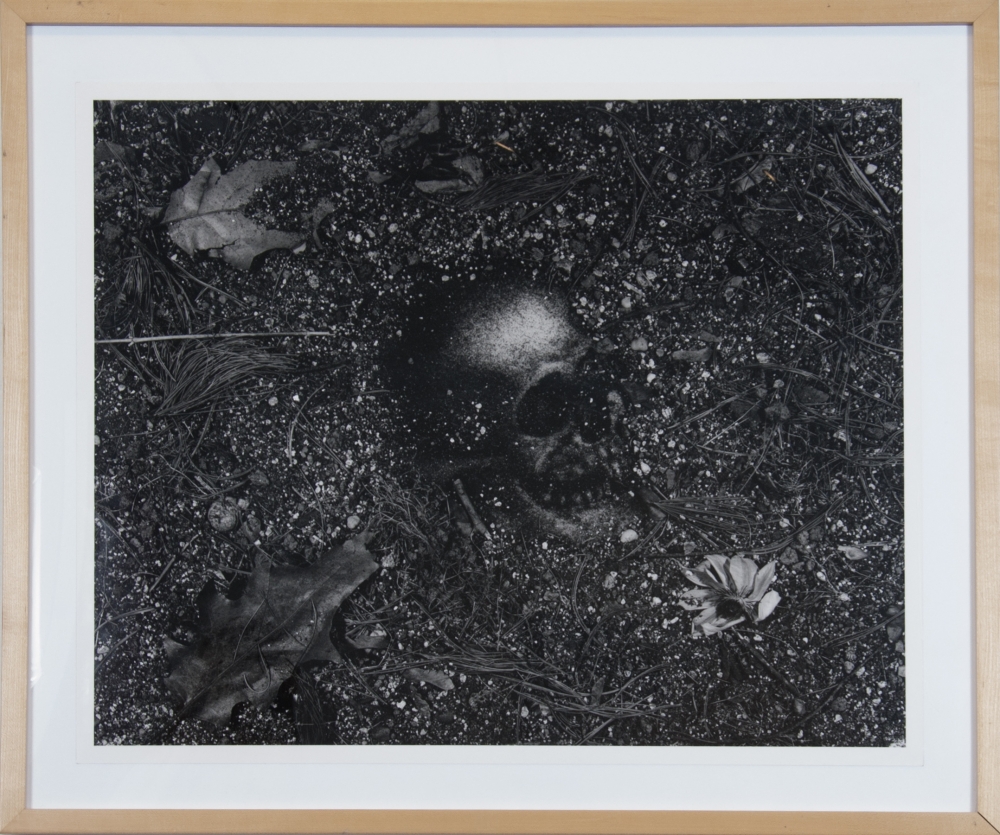 In the artist’s “Pictures of Soil” series, available at Casterline | Goodman Gallery in Aspen, Colorado, Muniz sketched his source imagery directly into the ground, embellishing the drawings with shells, stones and sticks. The understated black-and-white bromoil gelatin silver prints take on the textured look of early photography, as Muniz’s original material takes on a multitude of meanings. The etched earth recalls a freshly planted seed, but at the same time it takes a darker tinge, evoking a newly covered grave, hastily marked with humble offerings.

The images Muniz chooses to portray further heighten the macabre mood. A snake, a skull, an hourglass: these are the very stuff of memento mori. Like his works in sugar, which referenced the often unseen human face of Brazil’s economic dependence on sugar cane crops, here Muniz’s original material adds layers of the meaning to his work in perhaps one of his most somber series.

The gallery also features another image created around the time, the C-print Milk Drop Coronet (After Harold Edgerton) (1997-98). But, this being Muniz, even a simple splash of milk isn’t quite what it seems. The work is one of the artist’s chocolate sauce images, and this particular drop of chocolate milk is an illusionistic copy of Harold Edgerton’s famous photograph—one of many playful artistic appropriations the artist has made throughout his career of turning the everyday into so much more.