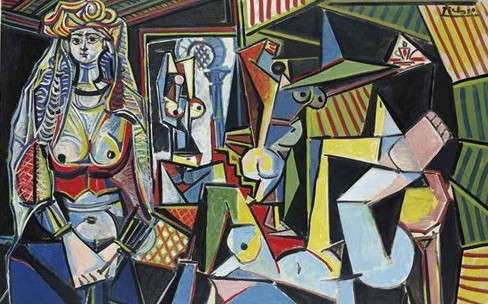 The Pablo Picasso canvas that set a record on May 11 at Christie's for the most expensive work ever sold at auction, at $179.4 million, may have gone to a buyer from Qatar.

One source tells the Post that the painting “almost certainly" would not go on display in Qatar because of nudity. Funny enough, the painting was also censored by a Fox News affiliate, which blurred out the breasts when it reported on the painting's sale.

But Al Thani doesn't lack for places to display the painting. The London Independent reported in 2013, in an article headlined “Meet the man who bought London," that Al Thani owned “some of the capital's most prestigious addresses." The Post indicates that the former sheikh also bought real estate tycoon Aby Rosen's East 71st Street mansion for some $47 million in 2012.

The Qatar Museums Authority is also reportedly the buyer of a Paul Gauguin painting that sold earlier this year for $300 million in a private sale held by a former Sotheby's executive, which would make it the highest recorded price ever paid for a work of art (see Paul Gauguin Painting Sells for Record $300 Million to Qatar Museums in Private Sale).

The Qatari royals are known for deep-pocketed arts patronage, having also reportedly laid out $250 million for Cezanne's The Card Players in 2012, at the time the highest reported price ever paid for a work of art. artnet was blown away by a mammoth Richard Serra Land art installation the emirate commissioned this year (see You Must See This Amazing Richard Serra Sculpture in Qatar's Sand Dunes).

Al Thani was prime minister from 2007 until 2013; he had been foreign minister since 1992, and remained in that position while also serving as prime minister. He was also head of the Qatar Investment Authority, which invests the oil-rich nation's money in companies like Volkswagen, Porsche and the French soccer team Paris Saint-Germain.