Vik Muniz, a Brazilian artist, started his art career as a sculptor, but now exclusively augments photographs using unconventional materials such as diamonds, sugar, chocolate, spaghetti sauce, and trash. Muniz is the great illusionist, and in the late 1990s focused exclusively on dirt, creating his Pictures of Soil series.

In creating the series, Muniz carefully drew out his image in the dirt, and used different hues of clay, soil, sticks, shells, and other organic matter to make an amazingly clear image. He would take a photo of his work and then print it using black-and-white bromoil gelatin silver, which gives the work a somber effect. His prints are layered with meaning and to some resemble a humble grave with offerings.

“The really magical things are the ones that happen right in front of you. A lot of the time you keep looking for beauty, but it is already there. And if you look with a bit more intention, you see it,” reveals Muniz. He exhibited Vik Muniz: Dirty Pictures at the Aperture Foundation in 2005, the same year he was honored with the National Artist Award by Anderson Ranch Arts Center. He was also a nominee for an Academy Award for Best Documentary Feature in 2010 for his movie Wasteland, a story about Rio de Janeiro’s largest open-air wasteland and its workers. 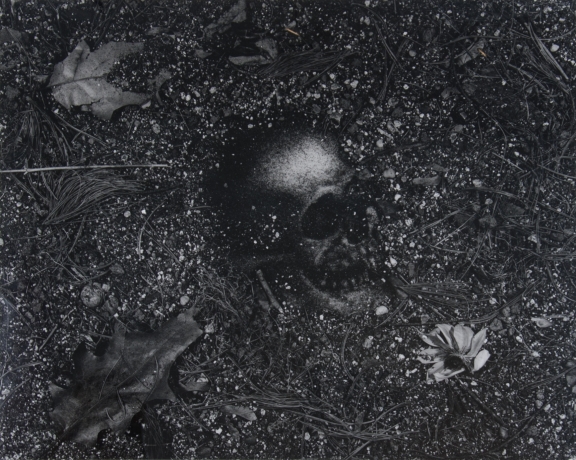