Oil paint, spackle, and tar on tile over masonite

Acrylic and fabric collage on canvas

Signed and dated on reverse

Stamped on reverse by Andy Warhol Art Authentication Board, #A113.984

Signed and dated on the base

Acrylic, charcoal and sand on linen

For their grand opening, the Casterline|Goodman Gallery will be showing American Pop featuring selections from Andy Warhol, Robert Rauschenberg, Jim Dine and others. The show will run from December 21, 2012 to February 1, 2013, with an Opening Reception on January 3, 2013 from 6-8pm.

In the decade after WWII, a “cultural revolution” was being lead by a new generation activists, thinkers, and artists. Society protested against conformity by rallying against the Vietnam War, and sought for equality in the Civil Rights and Feminist Movement. The war helped America out of the depression, and when soldiers returned there were more jobs, higher wages, and the incentive to spend. The new market lead to heavy consumerism and an overbearing media, which artists were greatly inspired by.

This artistic movement was lead by famed artists such as Andy Warhol, Robert Rauschenberg, Roy Lichtenstein, Tom Wesselmann, and James Rosenquist. These artists were profoundly aware of the new cultural developments and used advertising, celebrity images, photographs, and sometimes even ready-made objects to combine and create into new images and meaning. The movement gained the title, “Pop” through its use of primary colors, images of the everyday mundane, and their commercial method of mass-producing works, such as silkscreening. The Pop Art movement favored realism, which challenged the traditional, post-war movement of Abstract Expressionism that focused on emotion and the inner conscience; therefore, lacking a preconceived image. Pop art continues to be one of the most loved movements of the twentieth century, and has been labeled by Artprice as “collectors’ masterpieces”. 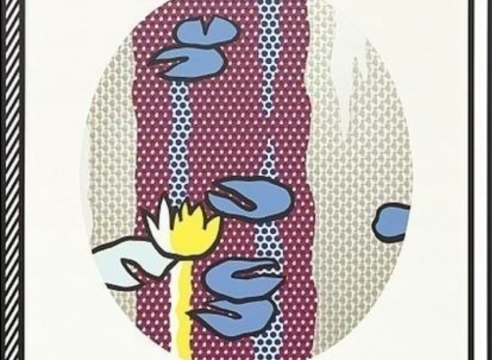