John McCracken is an American artist known for his minimalistic pigmented-resin sculptures. McCracken studied at the California College of Arts and Crafts in Oakland. While in graduate school, he worked with three-dimensional canvases and used industrial materials as plywood, sprayed lacquer and pigmented resin to makethe surface highly reflective. This technique was popular on the surfaces of surfboards, which was a large part of the local southern California culture.

McCracken also drew influence from otherminimalist artists as Donald Judd, Dan Flavin, Carl Andre, in addition to Abstract Expressionist Barnett Newman. Like other minimalists, McCracken experimented with simple shapes as squares, bars, pyramids and planks. He saw his plank series as“existing between two worlds, the floor representing the physical world of standing objects, trees, buildings, human bodies, ... and the wall representing the world of the imagination, illusionist painting space, human mental space…" McCracken’s bold use of color and form confronts the viewer with a presence of solidity and power. 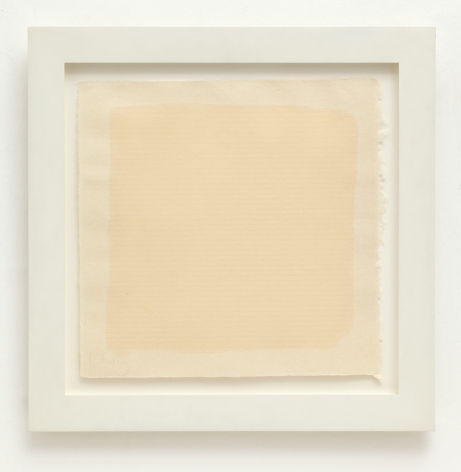