Gerhard Richter is a German artist often associated with the New European Painters, which merges American abstraction and figuration. Richter studied at the Dresden Academy of Fine Artsbefore escaping to West Germany just two months before the building of the Berlin Wall in 1961. While in West Germany, Richter worked on murals as Arbeiterkampf(Workers' Struggle) and painted portraits in oil. He then went to study at Kunstakademie Düsseldorfunder Karl Otto Götz, where he met Sigmar Polkeand Konrad Fischer. Richter later taught there from 1971 to 1986.

Ritcher’s work was inspired by Kapitalistischer Realismus(Capitalistic Realism), which he learned while he a student at Kunstakademie Düsseldorf. The majority of his work consists of abstract paintings, photo-paintings, glass sculpture commissions and Color Chart paintings he made between 1966 and 1974. He also created a stain glass window for the Cologne Cathedral that is comprised of an abstract collage of 11,500 pixel-like squares in 72 colors, which was unveiled in 2007. Richter believed that "One has to believe in what one is doing, one has to commit oneself inwardly, in order to do painting. Once obsessed, one ultimately carries it to the point of believing that one might change human beings through painting. But if one lacks this passionate commitment, there is nothing left to do.”

Gerhard Richter was named Germany's top artist for the second year in a row by Manager Magazin's 45th annual Kunstkompass, which ranks Germany's most important Postwar and Contemporary artists.Richter’s highest auction price was set in 2012 when Abstraktes Bild(1994) sold for $34m, but was topped the next year when Domplatz, Mailand(Cathedral square, Milan) (1968) was sold for $37.1 million in New York.Richter is currently the second most expensive living artist in the world, only behind Jeff Koons. 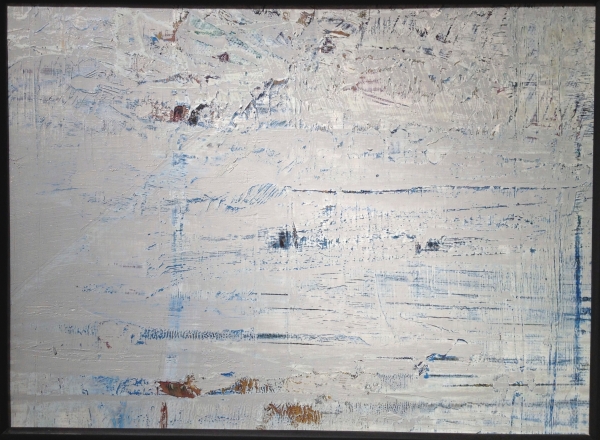 Gerhard Richter is known for routinely disowning works and threatening to pull loaned works from museums. Now the artist is no longer acknowledging works from his early West German period in which he experimented with a realistic and figurative painting style. If the work is stricken from his catalogue, the value of the piece inevitably decreases.