David Salle is an American painter and printmaker known for his large, eclectic and figural compositions. Salle studied at the California Institute of the Arts along with John Baldessari. His work became popular in the 1980s in New York along with his contemporaries Julian Schnabel, Francesco Clemente, Eric Fischland Jean-Michel Basquiat.

Salle’s style can be described as a mixture of pop culture and surrealist images that are collaged together according to various themes. He often combines seemingly random juxtaposing images in his work. His most well-known series include his Tapestry Paintings(1989–91), Ballet Paintings(1992–93) andEarly Product Paintings (1993). Throughout his career, Salle has participated in major exhibitions as the Venice Biennale (1982; 1993), the Whitney Biennial (1983; 1985; 1991), the Paris Biennale (1985) and the Carnegie International (1985).In addition to being an accomplished painter and printmaker, Salle is also a distinguished stage designer. In 1986, he received a Guggenheim Fellowship for theater design. In 1995, he directed the feature film, Search and Destroy, starring Griffin Dunneand Christopher Walken.

David Salle haswork featured in the permanent collections of the MoMA, the Metropolitan Museum of Art, the Whitney Museum of American Art in New York, the MCA in Los Angeles, the LACMA, the MCAChicago, the Walker Art Centerin Minneapolis, the New Museum of Contemporary Artin New York, the Tate Modernin London and the National Gallery of Australia. 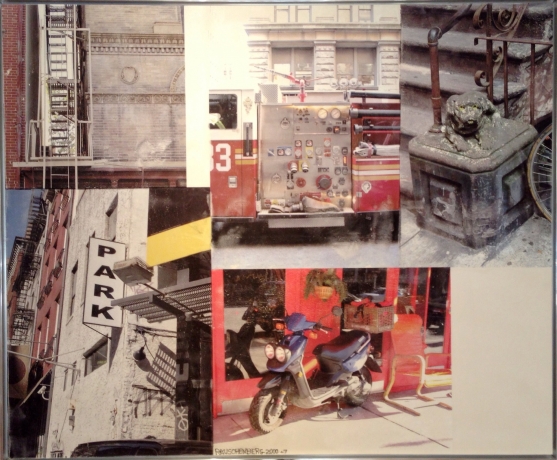